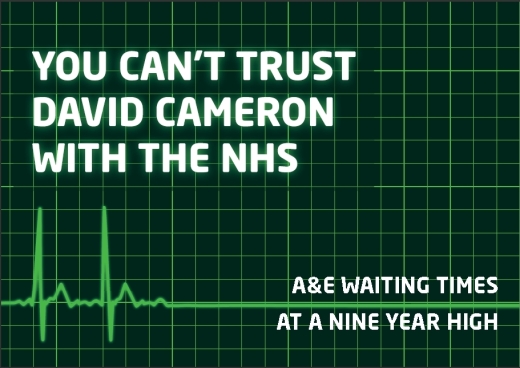 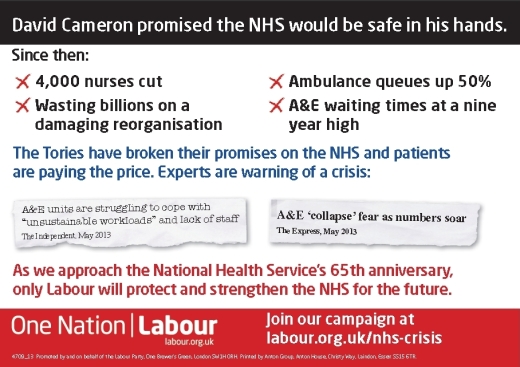 Steve Rotherham MP with me

Liverpool Walton MP Steve Rotheram has obtained Department of Health figures, which show that Merseyside PCTs have handed back over £15million to Central Government in underspend.

Steve explained, “It is hard to believe that in the same week that it is revealed people from Liverpool have one of the highest early death expectancy rates from cancer, strokes and heart disease, Jeremy Hunt’s department has pocketed our £15million.

“To some in Whitehall, £15million may not seem like an awful lot of money but in fact, it could pay for 500 new nurses’ posts at a time when we have dangerous low staffing levels in Aintree Hospital

60 % of bankruptcies in USA every year are caused by healthcare bills!75% of those people HAVE medical insurance! #savethenhs #nhs @nhaparty

From April 1st the NHS will no longer exist in it’s current form and will be moving to full privatisation on the US model.

The reduction of the minimum threshold to £10,000  benefits higher earners vastly more than lower earners and doesn’t affect the lowest paid.

Beer Duty. You would need to drink 350 pints of Guinness to get a free one.

Social Security awards of all types are capped at only1% for the next 3 years,  whilst inflation varies between 3-5% and is forecast to be higher thereby cutting Social Security payments  potentially by 12% and probably more.

The ToryLibdems have ordered savings from the housing benefit budget of £465 million to be found by setting a tax on families defined to be under-occupying Housing association properties. “The Bedroom Tax”  Costing families around £100 -£120 per month.  The scheme  ignores the practicalities:-

* The cost of moving would outweigh the savings of paying the tax for many.

* Moving to a private rent would require two months advance rent in most cases. Rent in the private sector is higher. Where would anyone on low income find this? Anyway most private landlords do not accept those on Housing Benefit (or with pets)

* If most of those affected did move there wouldn’t be any savings made. The small amount of freed properties would not make the slightest dent on  housing waiting lists containing millions of families not tens of thousands.

* Disabled people and their families are disproportionately affected and the only Government help offered (the discretionary fund) is worth £2.51 per week against a rent support shortfall of £14

Support for council tax has been “reformed” now most of the lowest paid, claimants and vulnerable will have to find; in many cases around £30 per month for this new POLL TAX

Legal Aid for Social Security appeals, unfair dismissal  and other social based cases has been ceased from April 1st. Denying justice to to the lowest paid, claimants and the most vulnerable.

Funding for the already overstretched CAB is reduced from £33 million to £2 million. Further denying support advice to the lowest paid, claimants and the most vulnerable.

This month the government applied retrospective legislation denying payments to claimants who had been illegally mandated to work for the Workfare scheme and had lost significant amounts of Social Security payments.

These have now been stopped and a miniscule fund devolved to Councils many of who’m have decided to replace cash payments with pre-loaded gift cards for use in certain stores.

The use of Foodbanks has tripled from 41,000 to 129,000 since the ToryLibdems formed the coalition.

A one-off 28% capital gains tax on the recent increase in wealth of the top 1,000 richest in the UK would pay off the deficit and still leave the richest with millions in profit each. That would free money for a massive building program to build desperately needed social housing. Thus creating hundreds of thousands of jobs and would  reduce Social Security repayments.

When the ToryLibdems are kicked out and humiliated in 2015. The incoming Labour Government will have great difficulty turning back the clock on NHS privatisation. It must be done.

All the indecencies inflicted by this uncaring, inhumane government on the poorest and most vulnerable must be overturned.

The Tories, eagerly supported by their Liberal? Democrats?  have quietly been able to push through the complete privatisation of the NHS,  a project carefully constructed by their big money party backers in the Health Insurance industry over many years.

Was there a word of this in their manifesto? They lied openly to the public and parliament and have coerced the media

into whitewashing the details.

The BBC especially has lost all credibility as far as  it’s impartiality stands. Since the election there has been not one article ctiticising the Governments plans for the NHS. Maybe not suprising when the Conservative appointed BBC boss is the ex Conservative Chairman.

The Government has deliberately underfunded sections of NHS services to ensure they fail and have to be ‘rescued‘ by private investment.

In the US, 70% of those forced into Bankruptcy because of medical treatment costs initially had full health care insurance.

The prominent blogger Sunny Hundal pointed out this interview in the British Medical Journal with Dr Lucy Reynolds, research fellow at London School of Hygiene and Tropical Medicine. Dr Reynolds has studied the background of the NHS in detail, and in the interview she shares her view of the consequences of the NHS reforms and possible privatisation of the NHS

“In yesterday’s budget George Osborne clawed back £2.2bn from the Department of Health – money that’s desperately needed on the NHS front-line. This morning, the NHS confirmed that over 800 nursing jobs were lost in the last month alone”