All posts are now on www.crosbywaterloo.wordpress.com

Source SPACE.com: All about our solar system, outer space and exploration.

Update 15th Jan 2013- the story of how this man died waiting for his benefits has now been covered by the ‘Daily Mirror, with more details. You can find it here: http://www.mirror.co.uk/news/uk-news/gloating-tories-dont-care-people-3022783

” With respect and sadness we report the death of a 51 year old gentleman as reported on 4UP by the close friend who found him dead: “Another one off ESA. My friend who I have been trying to help by getting advise from 4UP over the last couple of months DIED in a freezing cold flat on Tuesday evening. He went 14 weeks with no money only to be told that his no compliance for attending an assessment had been good cause and he was entitled to his money with back pay,back to 5/10/13. He never got to see a penny. His money was paid into his bank on the afternoon…

I will shortly be attending an extensive members briefing from Sefton Council officers regarding Fracking in this region and the newly published (July 2013) Planning Practice Guidance for Onshore Oil and Gas. 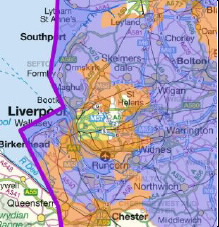 Zero-hours contracts cover more than 1m UK workers. http://t.co/pLuNCH7TnE They should be outlawed.

The Liverpool City Region has undertaken a Governance Review to further strengthen the delivery of strategic economic development, regeneration and transport to increase economic growth and jobs, and provide greater transparency.

The councils, (Halton, Knowsley, Liverpool, Sefton, St Helens and Wirral), Merseytravel and the Local Enterprise Partnership believe that the the current way of delivering these can be improved to accelerate economic growth.

More than £7m is expected to boost the local Sefton economy and an estimated crowd of 40,000 is forecast at the famous golf course during the prestigious event which runs from July 25-28.

Visitors to the Championships are being asked to use public transport,

especially Hillside train station, and cars should use the free parking at Birkdale Common by the course. Please allow plenty of travel time to get to the event. A temporary taxi rank will also be in place on Greenbank Drive, opposite the entrance to the course, during the tournament.

Combining accommodation bookings, food and drink, leisure facilities and transport links, millions of pounds will be spent in the local economy in the run up to and during the tournament.

The influx of more than 300 players

expected to take part in the Monday qualifying event (July 22), held at Formby, Hillside and Southport & Ainsdale, and 144 competitors taking part in the 72-hole Championship, will provide a further financial injection

“The countdown is well and truly on for another fantastic golf tournament being held in Sefton. Golf fans from the region will get the chance to see some legends including the likes of Colin Montgomerie, Fred Couples, Tom Watson, Bernard Langer, Mark O’Meara, Tom Lehman and many more of the game’s all-time greats in the fabulous setting of Royal Birkdale. “The Senior Open Championship is very much a family event and we are expecting thousands of people of all ages to enjoy the tournament and all the excellent facilities Southport and Sefton have to offer. If you haven’t got a ticket now is your chance to do so and support a great sporting showcase right on our doorstep.”

Season tickets can now be purchased for just £80 while one day tickets cost £30. Practice day tickets are also available at £15. Under16s are admitted for free when accompanied by an adult and parking is also free.

Tickets can be bought online via the

or by calling 0800 0232557, with details of hospitality packages also available.

Royal Birkdale, which last hosted The Open Championship in 2008 when Padraig Harrington claimed his second consecutive Claret Jug, will become the 11th different course to host The Senior Open Championship. It will be only the second venue in the north west of England to host the Championship, following Royal Lytham & St Annes (1991-1994).

The Labour Movement, born out of unions consisting of organised workers, did this—-> pic.twitter.com/TRdr3JNe79

My Westminster Diary for this week http://t.co/LP7XCBXmho